Scraping by flushing septic systems is not Chip's vision of a perfect life. But he's a simple guy and he's got a great girlfriend in Liza. Sure, she supplements their income with a sugar daddy, but every relationship has its own complexities. When Liza suggests that they relieve her sleazy benefactor of a stack of cash, Chip begins to see a side of her he never knew existed...or never wanted to admit to it. Now he's got a gun in his hand, a girl in his trunk and less than 24 hours to figure his way out of this mess. Trent Haaga, screenwriter of “Deadgirl” and “Cheap Thrills”, both screened at MOTELX, directs this politically incorrect comedy, winner of the audience award this year in the SXSW Midnighters, starring “Criminal Minds”’s Matthew Gray Gubler.

Özge is a young Turkish-born taxi driver, who attends evening classes and is also an ambitious Thai-boxer. She rarely speaks and trains hard. One day she witnesses an extremely brutal murder. The suspect is an insane serial killer, inspired by Islam, and he is convinced that Özge has seen him. A life-and-death struggle ensues. Meanwhile, Christian Steiner, a police officer with trust issues, particularly with women, is given the case and will be the main person Özge will rely on, as the killer is now coming for her. Acclaimed Austrian film director Stefan Ruzowitzky, who brought us in 2008 the Oscar winning film “The Counterfeiters”, returns to his home country to film Cold Hell, a ruthless dark thriller with a courageous and resourceful heroine.

A group of adolescents enjoys a sunny day by the pool. They decide to play a board game that is accurately named “Game of Death”. As soon as they start playing, they quickly realize that it is more than just a regular board game. Its golden rule is to kill or be killed... literally.  Who will be the winner? At what price? Laurence “Baz” Morais and Sebastien Landry have been working together for years. They are a prolific duo, award-winning Montreal-based directors and visual artists behind some of the most striking commercials, web series, and music videos coming out of Quebec. Their debut feature film premiered in SXSW with critics calling it a mix between “Jumanji” and “Natural Born Killers”.

During the mid 80s, young Vicki Maloney is kidnapped by a disturbed couple, John and Evelyn White. Vicki finds herself in chains and forced into a dark world of violence and domination. As times moves forward and with the imminent risk of being killed, Vicki realises that in order for her to survive she must find a way to drive a wedge between the serial killers. “Hounds of Love” is a very dark thriller, brutal and intense, which examines the themes of breaking free from psychological control and domestic violence. After a long career as a television director, this is Ben Young’s feature film debut. It premiered at the Venice Film Festival.

Broadcasting through a makeshift network of discarded televisions, this story is tangled up in the aftermath of Los Angeles's worst earthquake nightmare. A travel between screens and aftershocks into the twisted lives of the survivors. Steven Ellison, known by his stage name Flying Lotus or sometimes FlyLo, is an experimental musician, DJ and rapper from Los Angeles. “Kuso” is Ellison's first feature film, a scatological anthology full of surprising liquids and textures and with the unforgettable appearance of the master of funk, George Clinton. Shot in nearly every format under the sun (35mm, 16mm, 8mm, 5D, and the Alexa), “Kuso”, a Japanese word for excrement, made a big impression at the last Sundance, being considered by Variety as “the grossest movie ever” to be screened at the festival.

Yuji, a 50-year old nebbish debt collector, is having a pretty bad week. His boss scolds him constantly, his aging mum is begging for money but he just maxed out his bank account and, on top of that, he has just been told he has cancer and only a few months to live. Unexpectedly, his life starts to look brighter when he meets the beautiful Kaoru, until a gigantic bell jar falls from the sky and traps everyone in it. People start changing into Necro-borg monsters and a bloody and grotesque fight to the death ensues. Acclaimed special effects designer behind films such as “Mutant Girls Squad” (MOTELX 2010), director Yoshihiro Nishimura now brings us the long-awaited sequel to the internationally acclaimed full-throttle splatter sci-fi action horror film “Meatball Machine” (2005).

Nine in the morning: a group of people has breakfast in a coffee shop in the center of Madrid. One of them is in a hurry. As soon as he steps outside, a shot hits him unexpectedly. No one dares to help him. Trapped inside the café, they soon will realise that they’re not even safe from themselves… The return of the master Álex de la Iglesia to horror comedy and to a theme already explored in films such as “Common Wealth”, “800 Bullets”, or “Witching and Bitching”, that is of characters confined to the same physical space. To explore this theme, Iglesia counts on his longtime partner since “Mutant Action”, Jorge Guerricaechevarría. World premiere at the last Berlinale.

Two brothers, Justin and Aaron, were raised in a cult, from which they ran away when Justin became aware of an impending mass suicide. Ten years later, in Los Angeles, they receive a mysterious videotape in a box. On it, a cult member talks about an impending “ascension”. By Aaron’s insistence, they go back to the cult in order to get some closure. But when they arrive, they discover that the “cult” might not actually be what they thought it was and they’re not certain just how welcomed back they are. Justin Benson and Aaron Moorehead, from the much acclaimed “Resolution” and “Spring”, direct and star in this Lovecraftian tale about brotherhood, giving up your personal autonomy, and history’s malevolent tendency to repeat itself. World premiere and in competition at the Tribeca Film Festival.

London, 1880. In the dangerous Limehouse district, a series of murders have shaken the community. So monstrous and ruthless are these crimes, the press claims they’re the work of The Golem - a legendary creature from dark times... The Golem strikes again. With no tangible evidence, the police passes the case onto the inexperienced Inspector Kildare, a scapegoat for when the next victim surfaces. “The Limehouse Golem” is a British production helmed by the Spaniard Juan Carlos Medina, director of the Spanish-Portuguese co-production “Painless” (MOTELX 2013), that superbly recreates the Victorian London of Jack the Ripper, in this modern adaptation of the gothic murder mystery. Written by Jane Goldman (“The Woman in Black”) and starring Bill Nighy.

A young housewife lives with her two sons and husband in a small Mexican town, where her brother also lives. Their provincial lives are disrupted by the arrival of a mysterious woman who tells them of the existence of an isolated cabin in the woods where something mysterious and with miraculous properties can be found. Something that cannot be resisted and with which they must make peace to avoid falling victim of its wrath. Inspired by Zulawski's "Possession", the fourth feature film by Amat Escalante, one of the promising names of Mexican cinema, mixes social drama, eroticism and visceral terror, creating an unforgettable sensory experience that won him the Silver Lion at last year's Venice Film Festival. 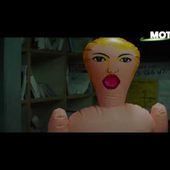 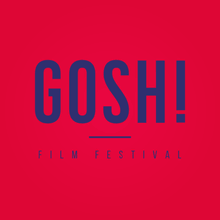