Cassie, a single mom and realtor, hustles to sell increasingly worthless subdivision houses in the midst of the 2009 housing slump, even as she dodges collection calls on her own multiple past-due mortgage payments. When the unstable Sonny, a disgruntled buyer in danger of losing his home, turns up at Cassie’s office, things quickly spiral out of control. Despite Sonny’s assertion that he’s “a really good person,” he knocks Cassie out, kidnaps her, and drags her along on his impulsive spree of violence. An extensive game of cat-and-mouse between the two ensues, set within a sparsely inhabited housing development.

High school senior Lily and her crew of besties live in a haze of texts, posts, selfies, and chats—just like the rest of us. So when a provocateur starts posting details from the private digital lives of everyone in their small town of Salem, the result is a Category 5 shitstorm. We’re talking browser histories, direct messages, illegal downloads, secret text chains, and way, way, way worse. People get angry. Like, “rampaging murder posse” angry. And Lily finds herself right in the middle.

The Graham family starts to unravel following the death of their reclusive grandmother. Even after she’s gone, the matriarch still casts a dark shadow over the family, especially her loner teenage granddaughter, Charlie, whom she always had an unusual fascination with. As an overwhelming terror takes over their household, their peaceful existence is ripped apart, forcing their mother to explore a darker realm in order to escape the unfortunate fate they've inherited.

Based on an astonishingly true story, Lords of Chaos recounts the exploits of the Norwegian black metal movement’s most notorious band: Mayhem. Its founder, Øystein Aarseth, better known as Euronymous, was one of the originators of the annihilating metal guitar sound that burst onto the scene in the early ’90s. After the gruesome suicide of vocalist Per Yngve Ohlin, who performed under the pseudonym “Dead,” Euronymous used the opportunity to inject a mix of satanism, havoc, and murder into the music to sell more records. Bassist Varg Vikernes began to take Euronymous’s headline-grabbing talk too seriously and went on a spree of church burnings, forming a deadly rivalry between the two bandmates that culminated in an infamous and bloody end.

Bubbling up from somewhere in the realm of madness and chaos comes the eagerly awaited latest from grandiose filmmaker Panos Cosmatos. Somewhere in the primal wilderness near the Shadow Mountains in the year 1983, Red Miller (Nicolas Cage, in an adrenaline-inducing performance) has fallen deeply for the beguiling Mandy Bloom (Andrea Riseborough). But the life he has made for himself comes suddenly and horrifyingly crashing down when a vile band of ravaging idolaters and supernatural creatures penetrate his idyllic paradise with vicious fury. A broken man, Red now lives for one thing only—to hunt down these maniacal villains and exact swift vengeance.

BFFs Angela (Maia Mitchell) and Jessie (Cami Morrone) are high school dropouts working dead-end waitressing jobs in the same shitty diner. Their dream vacation to sunny Galveston, Texas, is only a few shifts away. But after a drug deal goes bad and their home is invaded—and they have to serve a short stint in juvenile detention—their beach trip is in serious jeopardy. They’ll have to use every bit of guile their perpetually buzzed teenage brains can muster as they try to get (relatively) rich quick while wandering suburban Dallas.

Reed (Christopher Abbott) is going on a business trip. He kisses his wife and infant son goodbye, but in lieu of a suitcase filled with clothes, he's packed a toothbrush and a murder kit. Everything is meticulously planned: check into a hotel and kill an unsuspecting victim. Only then will he rid himself of his devious impulses and continue to be a good husband and father. But Reed gets more than he bargained for with Jackie (Mia Wasikowska), an alluring call girl who arrives at his room. First, they relax and get in the mood, but when there’s an unexpected disruption, the balance of control begins to sway back and forth between the two. Is he seeing things? Who's playing whom? Before the night is over, a feverish nightmare will unfold, and Reed and Jackie will seal their bond in blood.

Jen joins her married lover, Richard, for a romp at his secluded desert villa before his annual hunting vacation. However, when his leering pals arrive, they’re a far cry from Richard’s millionaire-Adonis charms, and they feel entitled to make their own advances on Jen and ignore her rejections. After being violently assaulted and left for dead in the middle of the desert, Jen comes back to life, and the men’s hunting game is transformed into a ruthless manhunt.

Every serial killer is somebody’s neighbor. For 15-year-old Davey, the thought of having a serial killer in his suburban town is a scary yet exciting prospect at the start of a lazy summer. In hormonal overdrive, Davey and his friends dream of sexual conquests until the news reports of the Cape May killer. Davey convinces his friends that they must investigate, and they uncover that his next-door neighbor, an unassuming, single police officer, could be the prime suspect. Could Davey possibly be right, or is it his overactive imagination? Never take your mistress on an annual guys' getaway, especially one devoted to hunting - a violent lesson for three wealthy married men. Written and directed by Coralie Fargeat Revenge will be part 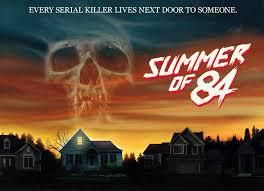 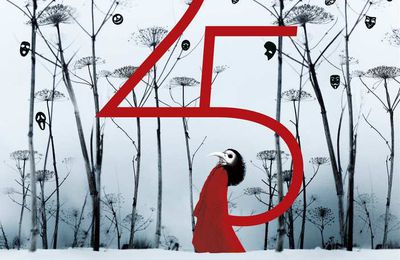 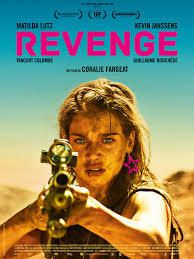 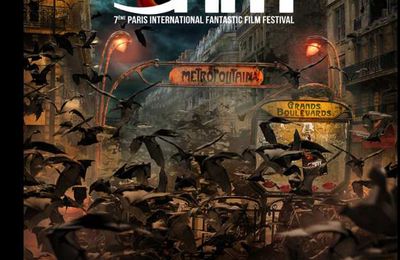